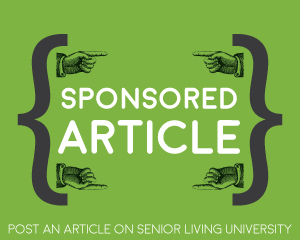 Important Facts About Alzheimer’s Everyone Should Know

Important Facts About Alzheimer’s Everyone Should Know

In my original article, which posted on the Alzheimer’s Reading Room 9/11/2014, I

others. I’ve expanded on that list in this article to be more comprehensive.

No disrespect to the already well informed, but the general public needs a better

knowledge base to recognize the subtle, often excused-away symptoms of

These basic facts will help everyone. Please pass them on.

1. Alzheimer’s is a real neurological disease.

of major diseases like cancer, diabetes or heart problems. In fact my son-in- law’s

high school juniors know that when a stroke occurs on one side of the brain, it

affects the opposite side of the body. That said however, most people don’t have

Alzheimer’s is a real, fatal, progressive disease with no treatments.

It is not just a quirky personality change.

Because of how the disease affects the individual’s brain, their personality is

mother’s deterioration from Alzheimer’s. I was stunned, an understatement really,

During a television spot on Alzheimer’s, my husband and I saw two brain scan

images placed side by side. One showed a normal adult brain and the other the

brain of someone with Alzheimer’s. The contrast was striking. It was unmistakable

comparing the shriveled, mottled, darkened brain of the person affected by

my mother’s journey through dementia, that my husband still didn’t “get” that

Alzheimer’s was a real, brain destroying disease! If he could genuinely remain in

the dark after all of his experiences, so can anyone else.

2. By the time Alzheimer’s disease is diagnosed, it has been present in and

changing the brain for years.

neurological deterioration for as many as ten years before symptoms appear. A

disease or condition that has virtually no physiological clues is especially

challenging to diagnosis and find treatments for.

vision etc. are disconcerting enough to bring one to the doctor. But Alzheimer’s

has chipped and chiseled away at one’s brain long before, years in fact, there are

undeniable memory and personality changes that “are disconcerting enough to

bring one to the doctor.”

3. Alzheimer's the only disease in the top 10 that currently has no cure,

treatment or means of prevention. *

medical condition. And by extension knowledge is power or empowering to get

diagnosed and begin treatment early. But with Alzheimer’s there is no early

Even as research leads to earlier diagnoses and improved treatment options,

onset. Although it is not the only condition that is relatively asymptomatic until it’s

The hope may lie in biomarkers, measurable indicators like blood sugar levels,

heart attack enzymes or CA125 (cancer marker). A test that can indicate elevated

point is reached would be epic!

And I for one, look forward to the day when NFL players wear purple shoes!

4. Deteriorating communication skills is one of the first indicators of

very complex and intricate neurological skills. What is said has to be accurately

complete the reciprocal dialogue loop. This all literally occurs in nanoseconds.

As the brain of an Alzheimer’s person deteriorates, comprehending spoken

language and using it correctly plummet as mumbling and word substitution

When a family member asks their loved one with Alzheimer’s “What’s my name?”

or “What did you do today?” they inadvertently set them up for failure. It may be

neurologically impossible for their loved one to process the question, retrieve an

appropriate answer and articulate it within the milliseconds in which reciprocal

Keep in mind that when some with Alzheimer’s tries to share an event, answer a

question or retrieve information, they are calling upon both their brain’s memory

and language centers to reply. Not only do they have continued difficulty recalling

In summary these four points, and many others, about dementia and Alzheimer’s

are critically important for everyone to know and understand. Please take the time

to process the above and share with others. Knowledge is power!

Elaine C. Pereira, MA OTR/L CDP CDC
The One Book on Dementia that No One Else Could Write.
Author. Speaker. Certified Dementia Practitioner & Caregiver
elainep@iwillneverforgetbook.com
734-395-3615
www.IWillNeverForgetBook.com
I Will NEVER Forget -A Daughter's Story of Her Mother's Arduous
And Humorous Journey Through Dementia